Judge Nicholas McNamara insults Baby Defender, Ralph Lang as follows: “Your religious certainty is so superior you thought you have the right to kill your intended victims. Instead, you’ve lost the right to be among us.”

Here he is, folks, Ralph Lang. 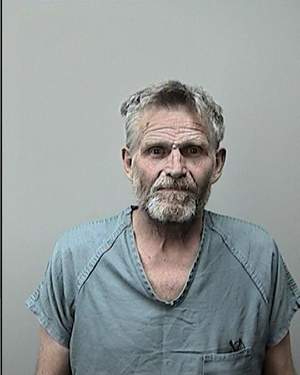 A regular award-winning mug shot.   Photo was taken, presumably, at his arrest on 25 May, 2011 at the Dane County Jail in Madison, Wisconsin; home of Missionaries to the Preborn and Matt Trewhella, preacher of the hard truth about abortion, American apostasy, and Good News for those who repent.

The picture was printed for our information by the Wausau Daily Herald, but is, ostensibly, the property of the citizenry:  Judge McNamara’s associates in the realm of the Wisconsin’s civil jurisdictions –  the Dane County Sheriff or the Madison Police Department  – who arrested Mr. Lang.

So Mr. Lang has been in jail from that day for two years without bond as he faced an unfathomable 60 years in prison! (Wisconsin State Journal, May 31, 2013).  Ed Treleven, reporting for the Wausau Daily Herald: “The jury of seven women and five men deliberated for two hours before finding Lang guilty. Lang, 65, of Marshfield, showed no emotion after the verdict was read by Dane County Circuit Judge Nicholas McNamara.” (See Treleven’s report here:

Lang was a straight shooter in speech – if not so handy with a weapon.  He said candidly to the authorities the day after his arrest at the Motel 6 on 1754 Thierer Road as reported by Treleven that “he was planning to kill” an abortionist “and had been making plans . . .  for years.”

He put it – shall we say – emotionally.  Treleven reports that Lang, “told police he wished he had a machine gun to ‘mow down’ the clinic’s staff.”

And, again, by his own words: “Lang testified that his intention ‘was to go find an abortionist and do him in.’ He testified he was hoping to find a ‘sidewalk counselor,’ another anti-abortion activist, outside the Planned Parenthood clinic who could tell him who the abortion doctor was that day so he could “end his life.”

Well, bless his heart for such candor  – ill-advised as it might be in such a situation.

With what judicial certainty does this judge allow this man to undergo prosecution?  Does Mr. Lang not seem to self-styled rationality of the judge be insane?  Mr. Lang must certainly appear to be under some insane delusion that the children aborted regularly in American “clinics” are really children who are being murdered!  In the mind of poor Mr. Lang we are in the midst of in nothing less than a national – yea, international – holocaust!  This hallucinator needs special treatment!  Let him be excused in consequence of his unfortunate mental condition!  Innocent by reason of insanity!

And, speaking of insanity, the U.S. Supreme Court floods the mind.

With what certainty did the Supremes in the 1973 Roe v. Wade edict authorize the killing of human beings which theretofore had been illegal?  They confessed in writing that they knew not “when life begins” and yet out of this woefully self-acknowledged ignorance they decreed with what must be called naked judicial temerity, yea, supreme judicial arrogance, nothing less than holocaust-tyranny.

The above was posted under comments at www.wausaudailyherald.com on 5 August, 2013, but was not allowed because the author has no FACEBOOK account (as required) to leave a comment!  (You have to be a Facebookie to leave a comment?  What a world!)

His gun goes off in a motel accidentally.  (Unfortunate, indeed for those children he might have rescued!)

He tells the cops he was planning to  terminate an unwanted abortionist.  Dum!

He gets 10 years and maybe more should the feds come at him with another newly formulated federal crime (Wonder where that legislation originated!): “intimidating others from using a federally funded program?”  Sounds like a FACE violation.  Bring on the lawsuits if there is not enough to convict this poor sap.

Evil, indeed.  Got a whole lot of wickedness goin’ on here.

One can’t help consider the name of this judge – Judge Nicholas “Conqueror of the People” MacNamara. What a “meaningful” name for this judge.  A tyrant tends to conquer people and so Judge McNamara seems to think it his duty to oppress this poor “ignorant” fellow who is afflicted by an unenlightened conscience which stubbornly continues to delude him with the outdated notion that children in the womb are both real and human and sacredly created in the very “image” of some superstitiously elevated “God”!

Such “violence” from ignorant people whose “religious certainty” drives them to such drastic action must  not only be suppressed through severe punishment, sending a message to all those other unruly over-religious Christians, but it must be rebuked and insulted with the hope of discouraging any others who might be thinking similar thoughts.   You, who do such things lose “the right to be among us.”  Indeed, says Judge Nick:  We holocaust protectors will not have among us you unruly disrupters of the right to abort!

Give Us Russo America On Democracy: Two Sides to Every Issue!