Residing in the fair and Christian city of Wilmington of Ohio since December, Anno Domini 2003

Michael Bray is the author of A Time to Kill, an ethical treatise on the use of force in defense of the child in the womb. The book was cited as a cause to include Bray as a defendant in the $ 1.4 billion Planned Parenthood complaint (Planned Parenthood v. American Coalition of Life Activists) filed against him and twelve other defendants in the U.S. District Court of Oregon in the fall of 1995. Spent four years in federal prison (1985-1989) in connection with the destruction of several abortion facilities in the D.C. area. Prevailing defendant in the Supreme Court decision known as Bray v. Alexandria. Appearances on numerous radio and TV talk shows discussing the justification for protecting the “fetus” with deadly force. Co-pastor of Reformation Lutheran Church in Bowie, MD, 1984-2003. Hosted with Reformation Lutheran Church the annual White Rose Banquet 1996 – 2001. Banquet was held in Washington D. C. to honor otherwise shunned convicts for their anti-abortion deeds. Co-founder of the Bowie-Crofton Pregnancy Center in 1982.

Sire of 11 children by the most excellent wife in the land. Grandfather of 8 and counting. Grown children include a graduate of the U.S. Air Force Academy, a social worker with a graduate degree from the University of South Carolina, a graduate of Malone University employed as a paramedic, a graduate of Wright State University working for a private pro-marriage foundation and a crisis pregnancy center, a graduate of Covenant College with a degree in middle school education who is teaching in a  Chattanooga government “public education” school.  The twins recently graduated from Wheaton and Liberty University. Two are in college. One remains at home involved in the local school sports and theater.

Since moving to Wilmington in December 2003, he has worked various jobs including sales, house painting, landscaping, ditch-digging, and teaching college classes on Spanish, philosophy, and ethics at Chatfield College.   He has begun work on a collection of biographies of imprisoned anti-abortionists, developed a local prison ministry, and maintained active membership in a local church. 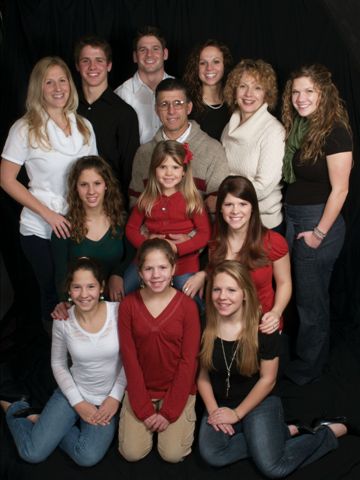