David Jeremiah is No Jeremiah 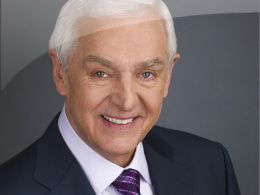 David Jeremiah is No Jeremiah

That prophet wept over the nation as it rejected his message.  He pressed on right through the judgment that he knew was coming.   He lived through it and gave us Lamentations. He wept for the nation’s idolatry and for the misery that they would suffer because of their sin.  However, even as the city was surrounded by the Babylonians and his fellow citizens were starved to the point of cannibalism (cf. Lam. 2:23-25), he understood God’s grace contrasted with the nation’s deep depravity and he affirmed that even in such misery God’s grace and mercy never ceases but is “new every morning” (3:22).

There would be no escape, no “rapture.”   Indeed, the message of the Scriptures and the Church down through the ages (except for the late 19th century myth of Dispensationalism and its attendant doctrine of escape from real-time judgment by means of “the rapture”) is no different.  There will come a final Day of Judgment in the earth preceded by the standard judgments and blessings which come in history as governments – nations and empires – ignore or respond to the message of the Law and the Gospel.  There is an ebb and flow in places here and there even as there is a progression of the Kingdom of God until that Day.

Like Jeremiah, the prophet Habakkuk sees the judgment to come.  Another nation, the “Chaldeans” – the Babylonians, pagans –are God’s instrument of judgment (v. 6).  Yes, these are an unrighteous people: “Their justice and authority originate with themselves”; and yet they are God’s whip, a tool of his judgment.   Their authority, like Mohammad’s a millennium later, originated not from God but from themselves.   Nevertheless, it was God’s plan to use a wicked people to judge His own!

And this is where David Jeremiah, like the exiled Jews of Jeremiah’s (the prophet) day, cannot see such a “nation” of Islamic terrorists as a tool of God for judgment of His so-called People.  How could such terrorists, serve God’s purposes in disciplining His Christian people?  How could Mohammedans serve God’s purposes in judging the state of New York – the first to decriminalize abortion – even beating the Godless Supreme Court to that pernicious goal?

How not?  He used the foul Babylonians who skinned their prisoners alive like fish after leading them away into captivity with hooks in their lips (Hab. 1:15).  Why not terrorize a wicked American nation which terrorizes its own children in their mother’s wombs?   How is that not just?

Just as Mr. David Jeremiah teaches the novel false doctrine of “the rapture,” so he also teaches falsely concerning those who soldier in this world for justice and for mercy (Jas.1:27).   Give me peace!  Give me Liberty!   Forget that “death” part.  Forget suffering for righteousness sake. Forget rescuing the innocents (Prov. 24:11).  Forget martyrdom.

When a person rescues another with the intent of succeeding, he uses whatever means are available and necessary.  He gets the job done.  [You can read a thorough treatment of the subject in A Time to Kill, but you may have trouble finding the book which, although initially used in two university political science classes, was sued off the market by the very ones who perpetrate the mass murders of innocents. (Research Planned Parenthood v. American Coalition of Life Activists [1994] for a contemporary lesson in sheer judicial terrorism and suppression of speech)]  That is what “blowing up” a so-called “abortion clinic” or shooting an abortionist is all about.  It is about the rescue of innocents – directly.  It is a sober recognition of not only a divine judgment-inducing national holocaust, but of a singular neighborhood child murder situation.  It is a righteous and merciful reaction to that fact and that suppressed truth: abortion is not the removal of a blob of tissue but the murder of a child.

But David Jeremiah would cast such a deed as political “terrorism” akin to Islamicists who blow up train stations, bus stations, public walkways, airplanes, etc., etc. in the commission of random killings of unknown civilians in random cities of the decadent West, particularly the leading nation thereof – America.   Indeed!  Faux  Jeremiah says that these mass murderers are to be compared to Christians who have specifically destroyed baby killing machinery and/or the murderers of babies – not even for deeds done (as in punishment) but in prevention of such murderous deeds which are in the process, indeed proclaimed TO BE done at a specific time in the imminent  future!

Indeed!  ’Tis true!  He actually makes these two actions equivalents!  I wanted to see a fuller context so I found that the book from which he drew his message, “

Is this man not a jackass?  A deceiver?  A false teacher?  (Well, maybe that is just too . . .  harsh.  I presume him to be a Trinitarian who affirms atoning work of Jesus for the salvation of all who believe and are baptized.)

Certainly he is unable to give the slightest consideration to those who have languished in prison for decades following their excellent and eleemosynary deeds.  He is o’ercome by the doctrinal ordure of our time, the false teaching regarding the imminent arrival of a political anti-Christ whose unprecedented 7-year terrorist rule of the world will be avoided by all believing Christians via “the Rapture.”  While Christians, under the sound, historic doctrine of redemption and the beatification of eternal heavenly dwelling, look forward to life after death, it is not their expectation to escape martyrdom in this life but to be suffering witnesses for Truth and Justice.  It is also to be characteristic for Christians to exercise mercy toward the helpless, the suffering ones, the “least of these.”  And those who languish in prison for the sake of the innocents ought, themselves, to be showered with praise and thanksgiving and support from Christians on the “outside.”  Indeed, those of us on the outside may well be as the “lapsed” of the church’s early history who denied Christ when the time of testing came.  Yet these very prisoners, David Jeremiah would compare to cultic terrorists.

Accordingly, David Jeremiah, on Wednesday, 17 July, 2013, after advertising his rapture book, Vanished without a Trace, went on to preach from yet another  book which he peddles from the airwaves:  What in the World is Going on?  The  broadcast, “Islamic Terrorism, Part 2,” <  http://www.oneplace.com/ministries/turning-point/listen/islamic-terrorism-part-2-352043.html >  warns that “Experts say that 20% of Muslims are willing to strap a bomb on themselves and commit suicide”  for Allah’s praise and the glory and for the joy of the next life with all  those concupiscent virgins.  And, of course, “if that is accurate, then 300,000,000 are willing to strap on a bomb and die in order to kill you or me.”

But, to avoid offense to those Muslims and Islamophiles with whom his audience might be acquainted, who are not inclined to ballistically so strap themselves, he offers to distinguish the good Muslims from the three hundred million bad ones.  And he exhorts any Muslims (who might catch wind of his sermon):

“How do you allow your religion to be hijacked by a few people who corrupt it with their militant anger and never push back anger [3:22 at the video]?”

He prepares his audience for the exhortation to distance themselves from those “radicals” who give them a bad name. Indeed, Faux Jeremiah goes on to damn himself by equating Anti-abortion American Christian martyrs of the late 20th and early 21st centuries with damned Islamic terrorists.  Both of these types, allegedly, give bad names to the regular, moderate, good guys among the adherents to Christianity and Islam, he tells his audience.

“Let me give you an illustration,” he says:

All of us fight with people who get to the ragged edge of what we do.  Some of you remember a few years ago during the Right to Life Wars a few years ago.  Some . . .  well-intentioned [3:39] but foolish people thought the way you fought the battle for right to life was to blow up abortion clinics.  And the whole evangelical world was painted with a broad brush of that kind of militancy.  But you know the difference? Every major evangelical leader that I know stood up and said, “That is wrong [4:02].  That does not represent us.  We abhor that.  We do not embrace that.  Do not tell us that those people represent us.  We would never do that.  You don’t fix one wrong by creating another one.”

A little further in his lecture, he exhorts good Muslims as well as good Christians to get a grip on their wayward terrorists who so misrepresent them.

So, on the one hand, we need to be careful as Christians that we don’t just paint all Islam over here in one broad brush stroke, but on the other hand we do have the right to expect from them what they would expect from us.  We’ve got some radicals running around doing things that we’re are getting credit for.  Let’s fix it ourselves and not wait for the rest of the world to have to deal with it [5:00].

So, to maintain the false comparison, David Jeremiah must call for Christians to continue to renounce and distance themselves from their martyrs.

I decided to take the time to get the book adversized on the broadcast and from which he based his broadcast that day.  His book, What in the World is Going on?  was offered on his website for “a donation of any amount.”  So I sent him a bountiful $.02 – on line.   And, of course, I received a gracious reply on July 17, 2013:

Did you know your gift causes a ripple effect in the worldwide ministry of Turning Point? Thank you for your generous donation of $.02. Your partnership enables us to further our mission: Delivering the unchanging Word of God to an ever-changing world.

Thank you.  And may you  wear your shame in due time for defaming God’s warriors. . .

I can only imagine how often David Jeremiah has visited the American death camps and bothered even to raise a voice, much less to effectively reach out a hand to save the innocents.

Suppressing the Truth to Keep the World Safe for Abortion Dillard Delivered from Obamanation!